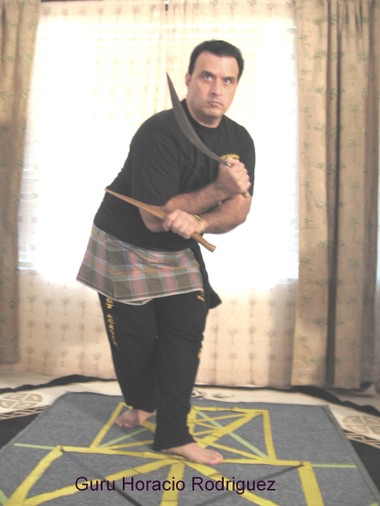 In 2008 Maha Guru Horacio Rodriguez was awarded the earned level by Pendekar Victor de Thouars at  his personal gym-room in Bellflower, and the  passage of the baton was made.
Since that time period, Maha Guru Horacio showed and divulge directly the amazing Fighting Art of Pukulan Pencak Silat Serak/Sera /Serah.
So much was accomplished to perpetuate the art in the right manner, and for all who visit these writing that Maha Guru Horacio as legitimate heir to Pendekar Victor de Thouars and the actual directly legitimate heir of “Pa Sera” the founder of Sera/Serak/Serah who is the most authoritative Serak Grand Master and also a fantastic Great Master for full understanding of the Art and ability to teach it
from pag nr.82
from page nr.8
Home Page | History | The System | Pendekar | MG H. Rodriguez | Gurus | Schools | Media | Shop | General Site Map
Back to content | Back to main menu